In Ancient Egypt the depression was known under two names. The form Djesdjes is first mentioned on a scarab dating back to the Middle Kingdom. In the New Kingdom, however, this name is rarely found, but does appear for example in the Temple of Luxor or in the account of King Kamose, who occupied the oasis during the war against the Hyksos. From the 25th Dynasty it was almost the only name used. The other name Wḥ3.t mḥty.t ("the Seaside Oasis") was almost exclusively used in the New Kingdom, it appears for instance on the local grave of Amenhotep, and is found again in the list of oasis in the Temple at Edfu.

From 45 CE the depression is known in Latin as Oasis parva (Small Oasis). The Greek historian Strabo (63 BCE – 23 CE) calls it the ‘Second Oasis’; the historian Olympiodorus of Thebes (5th century CE: Byzantine Era) calls it ‘the Third Oasis. In Coptic times it was known as the Oasis of Pemdje (the ancient Oxyrhynchos, nowadays known as al-Bahnasa) and in Islamic times it was called the Oasis of Bahnasa.

The modern name is الواحات البحرية, al-Wāḥāt al-Baḥriyya meaning "the Seaside Oasis”. The southern part of the depression around El Heiz apparently never had a separate name.

The depression was populated since the neolithic, even if there is no archaeological evidence to all times. In el-Haiz, a prehistoric settlement site of hunter-gatherers was found with remains of grindstones, arrowheads, scrapers, chisels, and ostrich eggshells. In Qārat el-Abyaḍ, a Czech team led by Miroslav Bárta discovered a settlement of the Old Kingdom. Rock inscriptions in el-Harrah and other records date to the Middle Kingdom and upwards. The tomb of Amenhotep called Huy was erected in Qarat Hilwah at the end of the 18th dynasty. In the 26th dynasty, the depression was culturally and economically flourishing. This can be learned from the chapels in 'Ain el-Muftilla, the tombs in Qārat Qasr Salim and Qarat esh-Sheikh Subi, and the site of Qasr 'Allam.

A newly flourishing time occurs at the Greek-Roman time. There is the ruin of a temple to Alexander the Great located in Qasr el-Miqisba ('Ain et-Tibniya). It is believed by some Egyptologists that the Greek conqueror passed through Bahariya while returning from the oracle of Ammon at Siwa Oasis. Excavations of the Greco-Roman necropolis found in 1995 and known as the Valley of the Golden Mummies began in 1999. Approximately thirty-four tombs have been excavated from this area. In Roman times, a big military fort was erected at Qarat el-Toub.

In the spring of 2010, a Roman-era mummy was unearthed in a Bahariya Oasis cemetery in el-Harrah. The 3-foot-tall female mummy was found covered with plaster decorated to resemble Roman dress and jewelry. In addition to the female mummy, archaeologists found clay and glass vessels, coins, anthropoid masks and 14 Greco-Roman tombs. 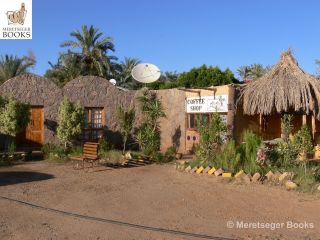 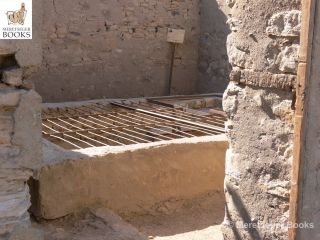 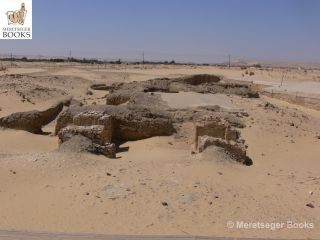 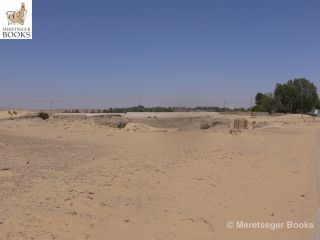