Athribis (Greek: Ἄθλιβις, from the original Egyptian Hut-heryib) was an ancient city in Lower Egypt. It is located in present-day Tell Atrib, just northeast of Benha on the hill of Kom Sidi Yusuf. The town lies around 40 km north of Cairo, on the eastern bank of the Damietta branch of the Nile. It was mainly occupied during the Ptolemaic, Roman, and Byzantine eras.

Athribis was once the capital of the tenth Lower Egyptian nome. Although some texts suggest Egyptian occupation dating back to the Old Kingdom, no physical evidence has been able to prove it; however it is known to date back as early as the 12th Dynasty. Today, much of the preexisting artifacts are being lost every year because local farmers like to use the sebakh, fertilizer from the ancient mudbrick blocks that were used for most of the buildings.

A local temple was rebuilt by Amenhotep III during the 18th Dynasty, although it no longer stands today. One of the two lying lion statues at the Cairo Museum is thought to be from the temple, but since it was usurped by Ramesses II, its true origin is unknown. Ramesses II also enlarged the local temple, and placed two obelisks in black granite, also at the Cairo Museum. It is also known as the birthplace of Amenhotep, son of Hapu. Later, during the 26th Dynasty, Ahmose II also had a temple built at Athribis. He was an important figure of Mediterranean trade and diplomacy. Local texts also suggest that the site used to have a temple dedicated to the god Horus Khenty-khety. In 1946, the tomb of Takhuit, queen of Psamtik II, was found along with other Late Period tombs. 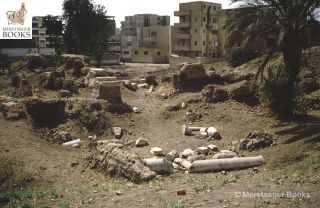 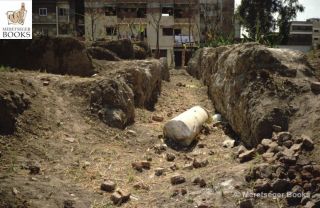 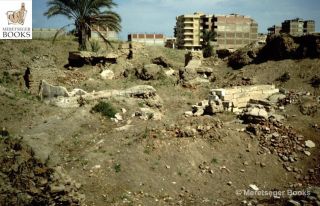 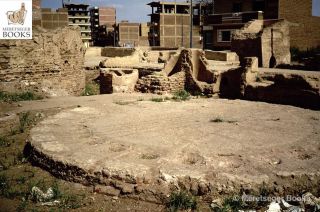 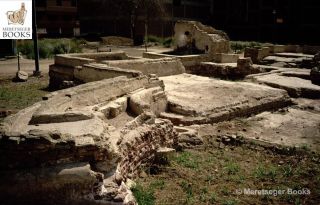