Kom Ombo is an agricultural town in Egypt famous for the Temple of Kom Ombo. It was originally an Egyptian city called Nubt, meaning City of Gold (not to be confused with the city north of Naqada that was also called Nubt/Ombos). It became a Greek settlement during the Greco-Roman Period. The town's location on the Nile 50 km north of Aswan (Syene) gave it some control over trade routes from Nubia to the Nile Valley, but its main rise to prominence came with the erection of the temple in the 2nd century BC. (...)

There are two temples at Ombos, constructed of the stone obtained from the neighboring quarries of Hadjar-selseleh. The more magnificent of two stands upon the top of a sandy hill, and appears to have been a species of Pantheon, since, according to extant inscriptions, it was dedicated to Aroeres (Apollo) and the other deities of the Ombite nome by the soldiers quartered there. The smaller temple to the northwest was sacred to the goddess Isis. Both, indeed, are of an imposing architecture, and still retain the brilliant colors with which their builders adorned them. They are, however, of the Ptolemaic age, with the exception of a doorway of sandstone, built into a wall of brick. This was part of a temple built by Tuthmosis III in honor of the crocodile-headed god Sobek. The monarch is represented on tress, the doorjambs, holding the measuring reed and chisel, the emblems of construction, and in the act of dedicating the temple. The Ptolemaic portions of the larger temple present an exception to an almost universal rule in Egyptian architecture. It has no propylon or dromos in front of it, and the portico has an uneven number of columns, in all fifteen, arranged in a triple row. Of these columns, thirteen are still erect. As there are two principal entrances, the temple would seem to be two united in one, strengthening the supposition that it was the Pantheon of the Ombite nome. On a cornice above the doorway of one of the adyta, there is a Greek inscription, recording the erection, or perhaps the restoration of the sekos by Ptolemy VI Philometor and his sister-wife Cleopatra II, 180-145 BC. The hill on which the Ombite temples stand has been considerably excavated at its base by the river, which here strongly inclines to the Arabian bank. 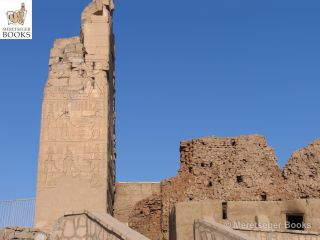 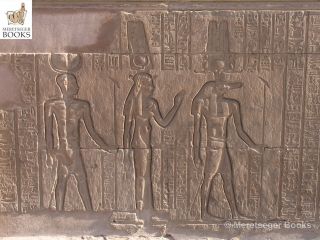 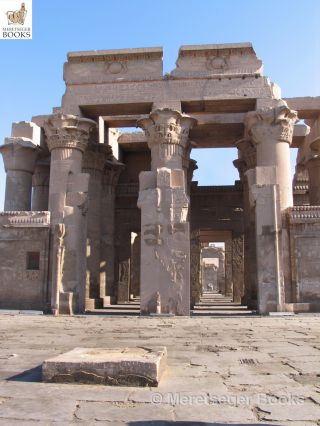 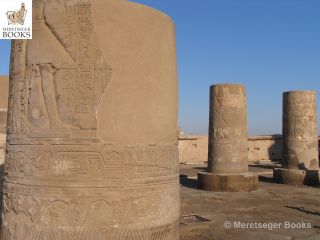 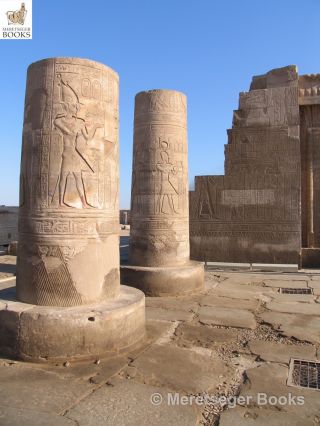 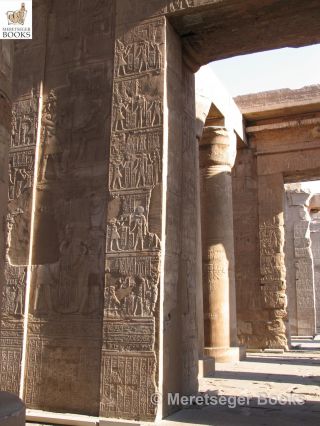 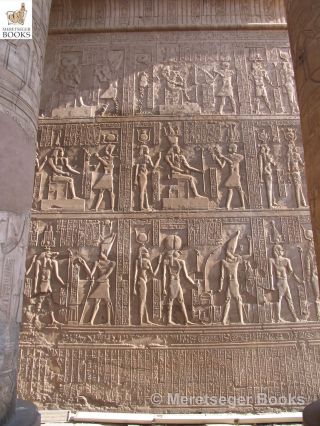 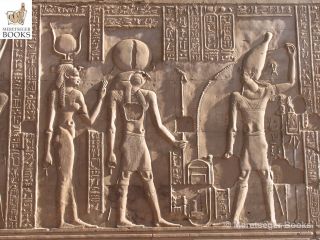 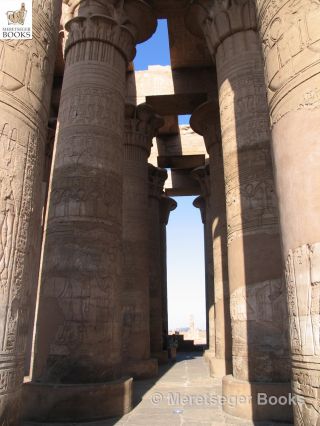 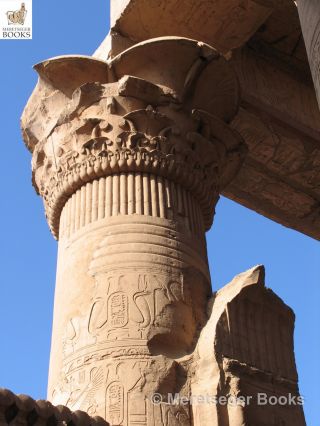 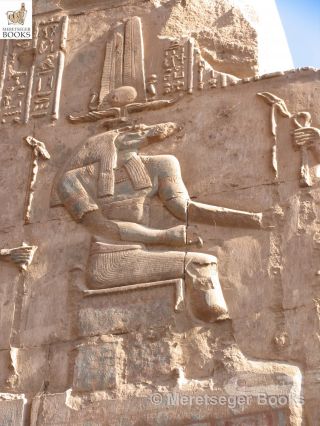 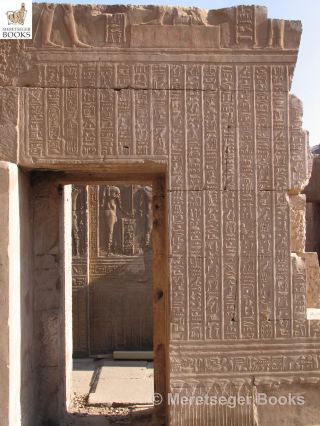 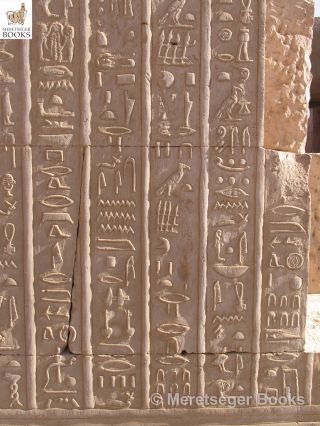 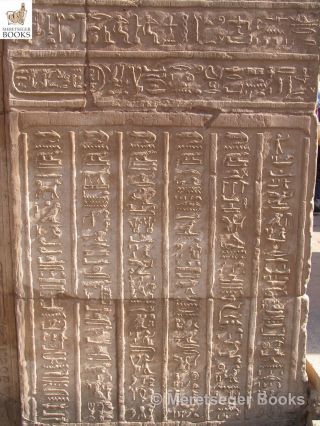 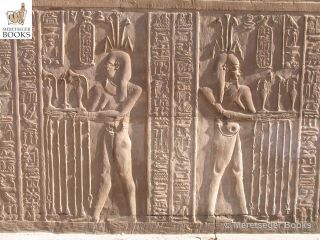 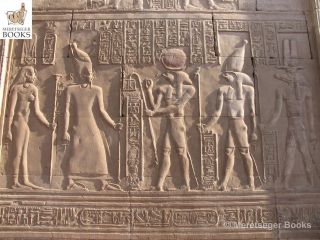 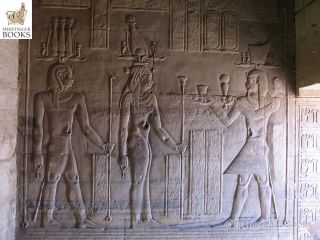 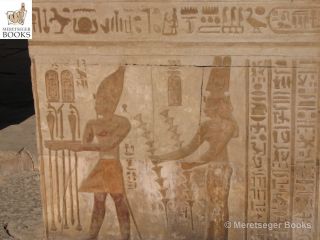 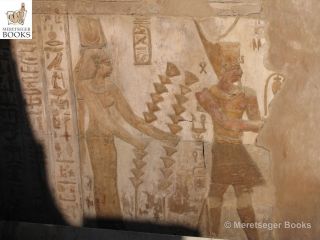 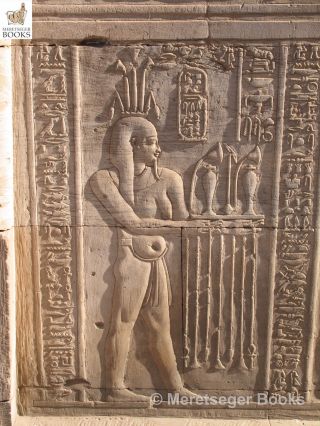