The Siwa Oasis (Arabic: واحة سيوة‎‎, Wāḥat Sīwah, IPA: [ˈwæːħet ˈsiːwæ]; Berber: ⵉⵙⵉⵡⴰⵏ, Isiwan) is an oasis in Egypt, between the Qattara Depression and the Egyptian Sand Sea in the Western Desert, nearly 50 km (30 mi) east of the Libyan border, and 560 km (348 mi) from Cairo.

About 80 km (50 mi) in length and 20 km (12 mi) wide, Siwa Oasis is one of Egypt's most isolated settlements, with 23,000 people, mostly Berbers who developed a unique culture and a distinct language of the Berber family called Siwi.

Its fame lies primarily in its ancient role as the home to an oracle of Ammon, the ruins of which are a popular tourist attraction which gave the oasis its ancient name Ammonium. Historically, it is part of Ancient Libya.

Although the oasis is known to have been settled since at least the 10th millennium BC, the earliest evidence of connection with ancient Egypt is the 26th Dynasty, when a necropolis was established. During the Ptolemaic period of Egypt its ancient Egyptian name was sḫ.t-ỉm3w, "Field of Trees". Greek settlers at Cyrene made contact with the oasis around the same time (7th century BC), and the oracle temple of Amun (Greek: Zeus Ammon), who, Herodotus was told, took the image here of a ram. Herodotus knew of a "fountain of the Sun" that ran coldest in the noontide heat. During his campaign to conquer the Persian Empire, Alexander the Great reached the oasis, supposedly by following birds across the desert. The oracle, Alexander's court historians alleged, confirmed him as both a divine personage and the legitimate Pharaoh of Egypt, though Alexander's motives in making the excursion, following his founding of Alexandria, remain to some extent inscrutable and contested. 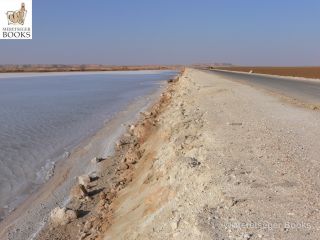 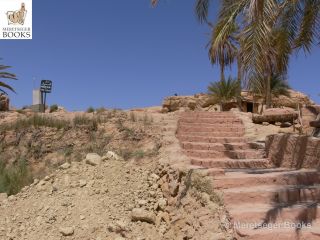 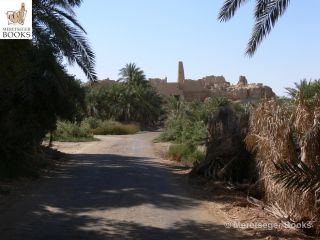 Temple of the Oracle 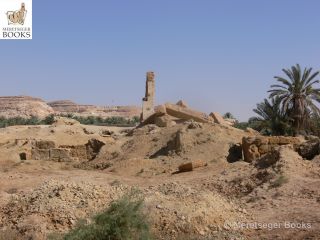